Chiloé is a string of 40 islands, the largest of which is Isla Grande de Chiloé. Is has over 150 wooden churches scattered across the islands, where 16 have been declared UNESCO World Heritage Sites.

Ancud is the entryway to explore the island of Chiloé, located 90km south of Puerto Montt. It’s a pretty seaside town with a bustling fishing port. In town you can find many attractions: the Plaza de Armas with the Museo Regional de Ancud just off the plaza, with an interesting collection of the early history of Chiloé and a replica of a small sailing ship La Goleta Ancud.

The Mercado Municipal (town market) is a great place to sample the exquisite Chilote seafood and buy local handcrafts. 800m from the plaza is the Fort San Antonio (built in 1770) with great ocean views, which was Spain’s last stronghold in Chile after the War of Independence. Another old fort looking out onto the sea is Fuerte Ahuí.

28km away from Ancud, Magellan and Humboldt penguins coexist at the renowned Pingüineras de Puñihuil penguin colony. These penguin colonies are on three small islands and you can go round in guided boat trips from September to March.

Chepu (38km south-west) has beautiful landscapes of beaches, rivers and wetlands. From the river’s estuary you can trek along the long beach where after a 2hr-walk (aprox.) you’ll reach the penguin colony at Ahuenco.

Where to sleep in Ancud

Hostel Mundo Nuevo is right on the sea front, just one block from the main plaza and the bus terminal Cruz del Sur. Uniquely, the wood constructed hostel uses solar power for its hot water and has a large glass greenhouse outside.

There are all kinds of accommodations – from dorms, singles, and doubles with shared bath, to ensuite rooms with 2, 3 and 4 beds. Even better, they all have a view of the ocean! 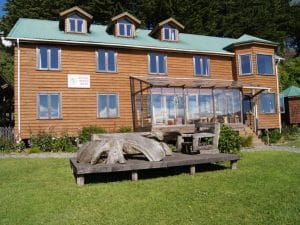 Relax on the seaview terrace, snuggle up in the cozy living room, cook up a storm in the fully equipped kitchen or soak in the new hot tub.

The owner speaks Spanish, English and German and can help you with detailed information and maps for biking and hiking tours.

Chiloé is the kind of island that you end up wanting to spend a lot of time on, and 13 Lunas Hostel is ideal for home comfort. With a large living room with cable TV, fully equipped kitchen, and comfy new beds you can be sure to get some good rest.

Right in front of “Cruz del Sur” bus station and only a few blocks from the sea front and the main plaza, this 1947 house/hostel is ideally located as a base to explore the beautiful island. 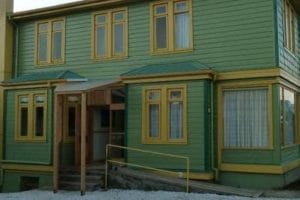 The friendly bilingual team can advise you on island tours, but make sure you also take advantage of the BBQ, terrace with a sea view, and ping pong & foosball table while you stay in one of the dorms, private doubles or wheelchair accessible private rooms.

Where to eat in Ancud

El Mesón Chilote is a top choice to get submerged in Chiloé’s renowned food and music culture. Both locals and tourists head to Luis’ and Cristina’s place and it’s easy to see why!

Live music every day combined with freshly made typical dishes such as pulmay (curanto in a pot), a variety of local fish and shellfish such as oysters, crab, abalones etc., sharing platters and a wide selection of meat cuts combined with Chiloé’s extraordinary veggies and potatoes.

Take a seat inside or enjoy the view in their enchanting garden located next to a lagoon with 17 species of birds. It’s not just about having lunch or dinner at El Mesón Chilote, it’s a local experience you shouldn’t miss. 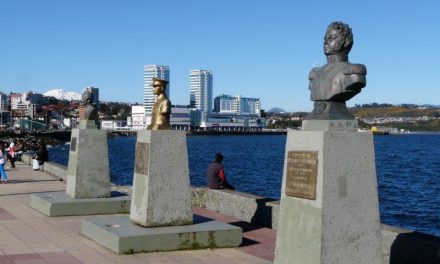 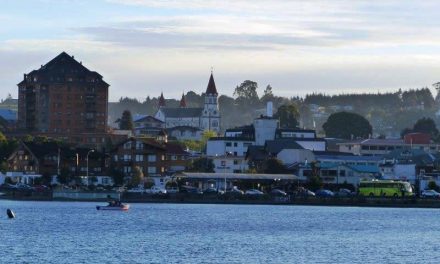 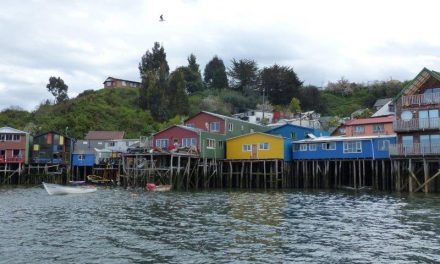