From the town of Humahuaca (3hrs away by bus), take the 66km rough but amazing drive to this beautiful village wedged on a hillside. The road reaches over 4000m at one point at Abra del Condor. Then, it drops steeply into Quebrada de Iruya with, once again, tremendously astounding views. Iruya stands out in this landscape, 2780 metres above sea level, clinging from a plateau into the river ravine. 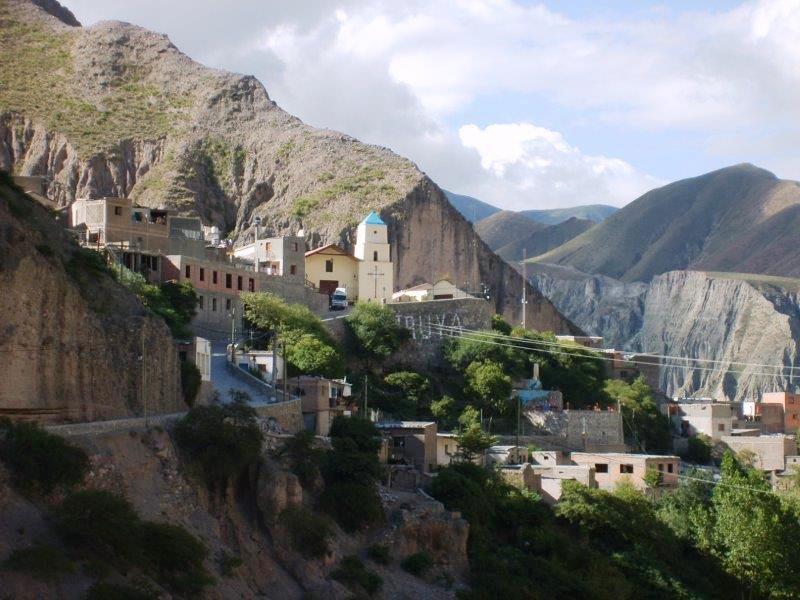 Iruya, an Andean village hanging from the mountain.

The village really has an end-of-the-road feel as the one road ends right in front of the church. Surrounded by a breathtaking view, with cliffs and mountains enclosing the village; its steep cobble-paved streets take us back to the past. Its church, its adobe houses, its narrow and steeped little pitted streets, are testimony of the typical way of life of its inhabitants, who preserve enrooted their most ancestral habits, shown during their different rituals and festivities. 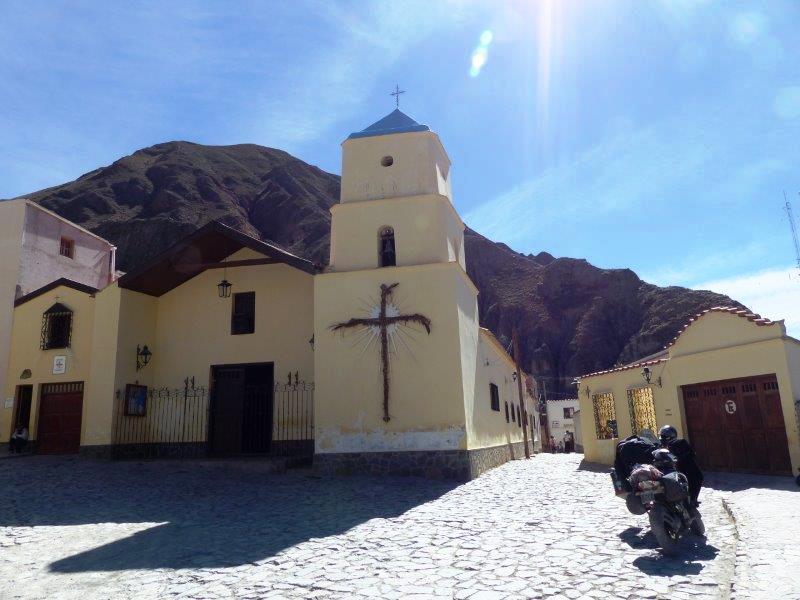 Iruya’s church in a cobblestone street.

Spare some time to go to Cerro de la Cruz for one of the most stunning viewpoints. Go on a horseback ride, take a 4×4 tour or hike the 8km to remote San Isidro – a little town that hangs spectacularly from a cliff. If you visit on foot, the trek takes around 3 hours one way and you can spend the night there, but bear in mind that in the summer the river sometimes cuts off the access. 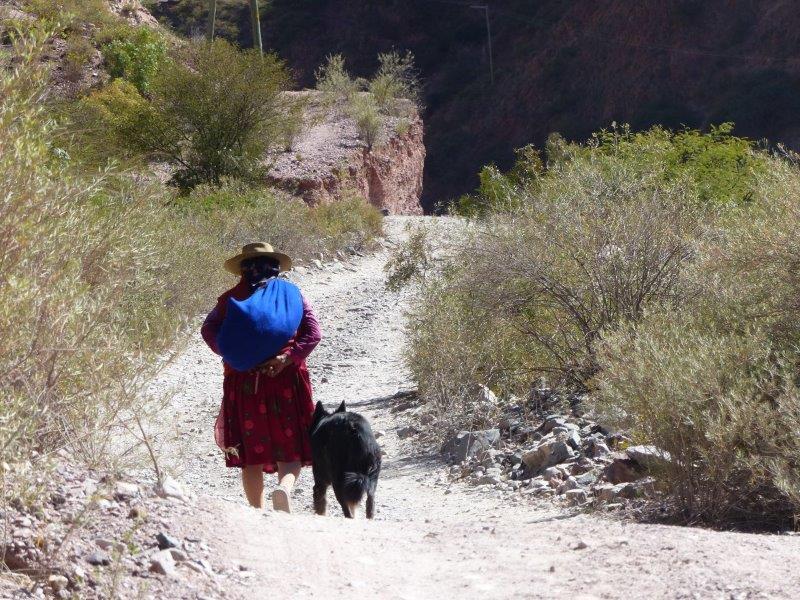 A local woman on the way to San Isidro. 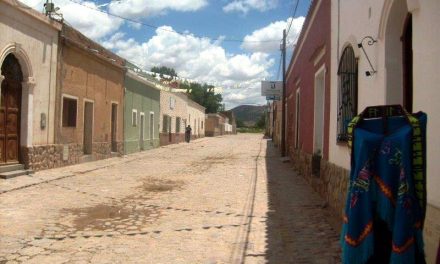 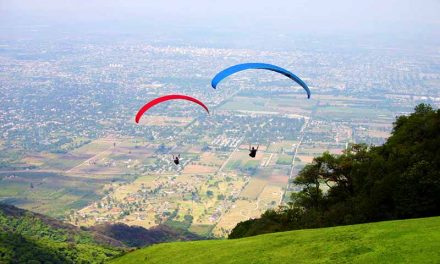 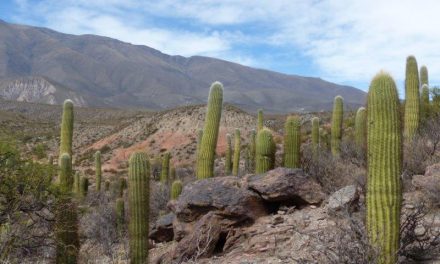